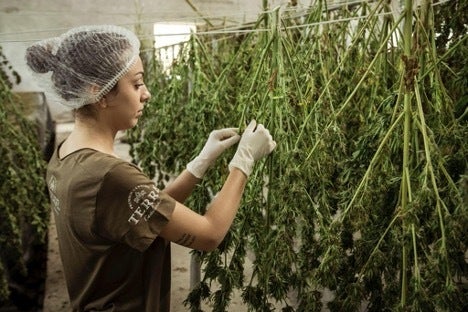 There is a long and complicated history surrounding marijuana laws in the United States. Despite 47 states legalizing cannabis in some form, the legal status of possessing and cultivating marijuana is still an issue on state and federal levels. Despite being legalized in some form in nearly every state of the Union, the federal law still prohibits marijuana cultivation, possession, and sales for any purpose despite what a state allows. Federal law still fails to adapt to the fact that the War on Drugs has been lost with regard to marijuana.

As a marijuana defense attorney, I've been at the forefront of the ongoing battle between the conflicting federal and state laws regarding cannabis use. Admittedly, many gains have been made favoring marijuana use rights over the past five to ten years. Still, millions of citizens across the United States are confused about what their rights are for marijuana use. Even more tragically, despite the rapid expansion of legalization, there are still non-violent criminals suffering, incarcerated by archaic laws that target the poor and less fortunate.

For more insight into this issue, I will discuss the root cause of what pits states vs. federal against each other regarding marijuana laws and how they stand at the end of 2021.

Federal Government vs. The States

Article VI of the constitution establishes that federal laws rule the land. That means that the federal Controlled Substances Act which bans marijuana as a Schedule I drug, is supposed to be the law of the land, and no state law is supposed to contradict it. Thus, rules established on a federal level should be upheld by judges in all levels of court, including state courts. But, since 1996, California and other states have adopted medical marijuana programs, making it legal to cultivate, possess, and sell medical marijuana to patients. 18 states have even legalized it for recreational use in addition to medical use.

For instance, as reported by Forbes, California, and Massachusetts allow citizens to have homegrown, store-bought recreational, or medical marijuana. Yet, federal law doesn't recognize these state laws because they contradict the federal ban on marijuana which is supposed to be the law of the land.

The Controlled Substances Act (CSA) of 1970 classified banned substances into various categories. They categorized the banned substances on a scheduling scale; it ranges from I to V. Category I included drugs like heroin and lysergic acid diethylamide (LSD). What was supposed to be a temporary inclusion, marijuana is still listed as well, over 50 years later.

Schedule I drugs are categorized as such due to “lack of currently accepted medical use in treatment, a high risk of abuse, and a lack of accepted safety for the use of the drug under medical supervision.”

Since the CSA was signed into law, increased research and support have shown that marijuana doesn't fit these standards. Thus, state governments have begun to take it upon themselves to follow the guidance offered by modern scientific practice, opening up marijuana for medical and recreational use.

The federal government has largely stayed out of enforcing the federal law so as not to contradict these state initiatives or slow their progress. Thus, there's been a sort of ceasefire between the two levels of government which has been created and honored by the Executive Branch, Congress, and the federal courts. The federal government doesn't overstep in too many cases while states expand their acceptance of marijuana.

While there is much to celebrate regarding civilian rights and a decrease in the villainization of marijuana, there isn't any formal declaration to guarantee the federal government won't interfere in the future.

NORML and The Future of Marijuana Law Reform

As the Director of Empire State NORML (NORML NY), the New York State affiliate of The National Organization for the Reform of Marijuana Laws, and as President of the New York City Cannabis Industry Association (NYCCIA.org), I wrote and filed an amicus ‘Friend of the Court” brief with the U.S. Supreme Court to challenge the constitutionality of marijuana's prohibited Schedule I status. We filed the original case of Washington v. Sessions in federal district court in 2017, and I filed the amicus brief in the fall of 2020.

The unique legal theory of that brief was covered in great detail by Dan Adams' Law and Crime blog: Supreme Court Brief: Prohibition of Marijuana Unconstitutional | Law & Crime (lawandcrime.com). This brief's goal is to ensure that those relying on marijuana for their wellbeing and livelihood will not be under threat of prosecution by the federal government.

While federal decriminalization of marijuana has not happened yet, my colleagues and I will not stop pushing the momentum forward in favor of fair and just marijuana laws across the entire country. This David will not be daunted in taking down that Goliath.

I've worked my entire career to see that unjust laws and federal overreach do not impact American people's lives.

If you or a loved one needs my help, please reach out.