Driving Under the Influence of Marijuana - What You Need to Know 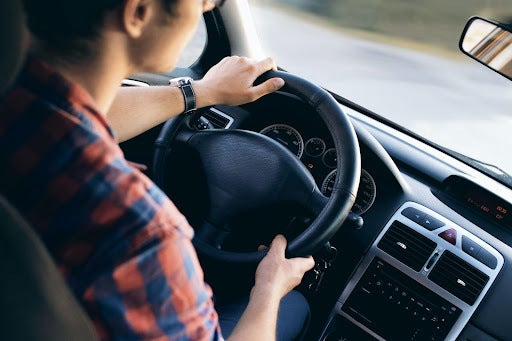 The legalization of marijuana use continues to develop throughout the US, with only three states remaining where the use of marijuana is entirely illegal. The rest of the country has state-by-state laws about marijuana use, with each state falling into one of the following categories:

While many people associate DUIs with alcohol only, it is vital to understand that DUI laws extend to marijuana. While the laws are constantly evolving on a state-by-state basis, it's important to understand the laws in place currently in your home state.

Driving Under the Influence of Marijuana - Basic State DUI Guidelines

DUI laws and subsequent consequences vary by state, with many having minimum jail time ranging from 24 hours to a couple of years. The severity of consequences is often increased based on a higher blood alcohol concentration or with an injury related to an accident.

Common penalties for a DUI charge include:

One thing is consistent for every state: driving under the influence of marijuana is illegal. State DUI laws apply to a person with blood alcohol content (BAC) over 0.08 while operating a motor vehicle.

Many states have “Per Se laws” that apply to marijuana and other controlled substances.

Driving Under the Influence of Marijuana -  Per Se Marijuana DUIs

Per Se Marijuana laws prohibit drivers from being behind the wheel if they have a detectable amount of THC in their bodies exceeding the legal limit. Therefore, law enforcement officers must verify the amount of THC in a person's body, often done using a blood test.

Six states apply Per Se Marijuana DUI laws to determine impairment and consequences. Enforceable using the common DUI approach of BAC tests for drivers only with blood tests or oral fluid tests. At this time, only a few states have programs to screen drivers using oral fluid roadside tests, as their accuracy is still in question.

Oral fluid and blood tests can prove problematic for some drivers who take these tests days or weeks following substance use. Traces of the controlled substance may still be present in their system even though they are no longer driving while impaired.

Driving Under the Influence of Marijuana -  Impairment DUIs

Unlike a per se DUI, where blood tests or oral fluid tests verify the levels of alcohol or THC someone has in their system at a particular time, an impairment DUI must show that a person was impaired while driving. Law enforcement and prosecutors must prove slurred speech, erratic driving, or accidents.

There are eleven states with Zero-Tolerance laws. Zero tolerance means any trace of THC in a driver's body is grounds for a marijuana DUI, including drivers who are no longer high and may have traces of THC leftover from use in recent days or weeks.

Driving Under the Influence of Marijuana in New York

Most DUIs occur under local and state jurisdiction; however, it becomes a Federal DUI when a DUI occurs on federal property. Consistent with state laws, a driver with a BAC of 0.08 or higher is considered impaired and can be charged with a DUI.

2nd offense - penalties faced if a driver has another DWAI/Drugs offense within ten years of the first violation:

It is essential to understand the laws of your state.

If you are in New York and have any questions regarding driving under the influence of marijuana, marijuana laws, or find yourself needing legal help due to a DWI/DWAI, please reach out to our office to consult with an experienced cannabis attorney.