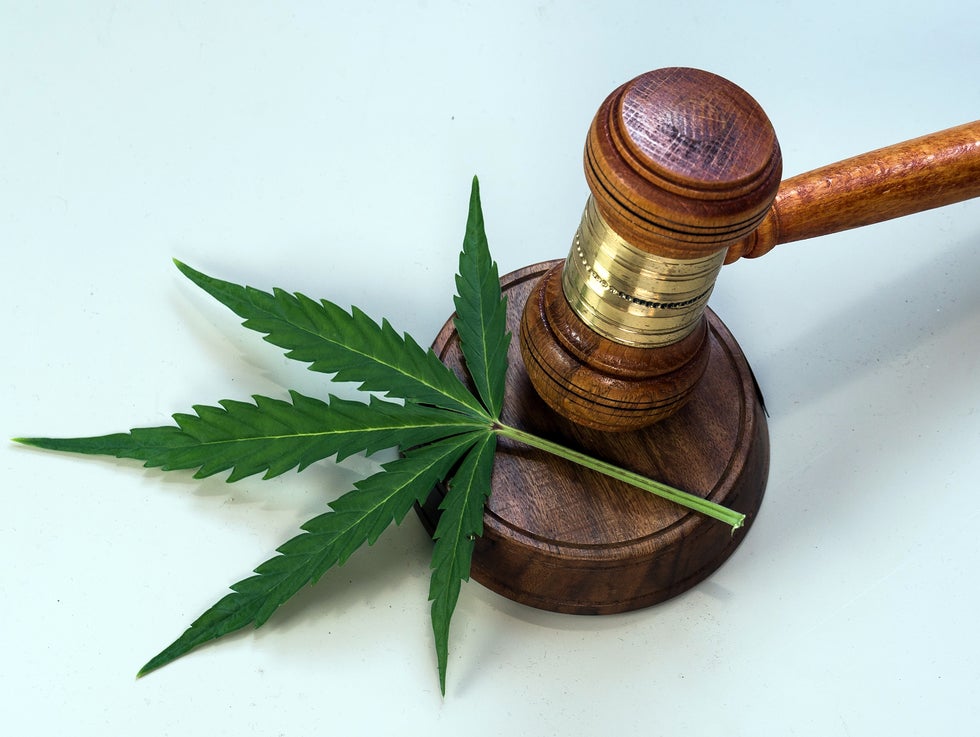 Few attorneys rival David Holland's long-standing interest in the criminal justice and legal system. His commitment to that interest has given him the opportunity to experience it from nearly every perspective. David was an independent contractor to federal Pre-Trial Services, a trial assistant to the United States Attorney's Office, SDNY, Judicial intern who authored a leading opinion on state grand jury practice, and was a Prosecutor in the Kings County District Attorney's Office as well as representing clients in state and federal civil and criminal proceedings.  David has been specially appointed in complex trial matters as defense counsel by the federal court under the Criminal Justice Act.

In those roles, David frequently observed the immense impact of both federal and state cannabis prohibition and was determined to fight for change and legalize cannabis. As Executive Director of the Empire State NORML, the New York State affiliate of the National Organization for Reform of Marijuana Laws (NORML), and as the Executive Director of the New York City Cannabis Industry Association (NYCCIA.org) and the Hudson Valley Cannabis Industry Association (HVCIA.org), David has been an instrumental thought leader and strategist in successfully advocating for legalizing Marijuana. David has extensive knowledge of New York marijuana laws and how they've evolved over recent decades of decriminalization.

David devoted a significant part of his practice to reforming marijuana laws when he began as Counsel to High Times Magazine to engage with veterans of the Iraq and Afghanistan wars. Purple Heart recipients and wounded combat soldiers would reach out to him frequently as they lay languishing in VA hospitals, becoming addicted to opioids which their doctors over-prescribed. They put their lives on the line for their country, and the country turned its back on them refusing to permit servicemen and women to use medical marijuana to relieve their suffering in those states that permitted it. Instead, they became despondent and suicidal as they risked imminent threat of dishonorable discharge and termination of all medical care for disobedience just to live pain-free for even short periods of time. David was inspired by their plight and worked with advocacy groups and legal organizations seeking ways to bring relief in any form they could to those brave souls.

David led and collaborated on several constitutional challenges to the Schedule I designation of cannabis under the federal Controlled Substances Act. He participated in the challenges brought by the Coalition to Reschedule Cannabis v. DEA, Washington v. Barr, and U.S. v. Canori. He is presently engaged in a state-based campaign under Article V to amend the United States Constitution to end the federal prohibition of cannabis. David is one of the country's most experienced and renowned marijuana defense attorneys.

Experiencing the legal system from all these perspectives and the draconian persecution of the cannabis plant and its consumers, David explored and now frequently lectures on the history of prohibition and the special interests that created it It is a rather shocking history. Watch an in-depth interview in which Dave recounts his history of advocacy in the marijuana space here.  The interview was conducted in March, 2021 by Hiba Yizbek, a student at the Columbia Journalism School.

David has rare insights into cannabis law and the cannabis industry. As a marijuana defense attorney, David has witnessed conversations move from whispered tones in back rooms to loud debate in corporate board rooms over the decades. He represents the bridge between the fast assimilated counter-culture and the rapid trajectory of the expanding cannabis culture, which makes him one of the preeminent cannabis industry lawyers and advocates.