Can You Get Charged for Driving While High? 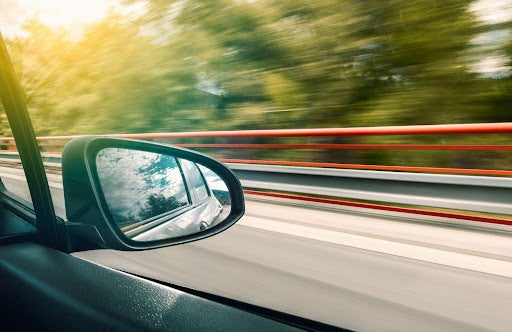 Can you get charged for driving while high? Yes, anyone who uses marijuana, legally or illegally, and then operates a motor vehicle risks a marijuana DUI charge. In every state in the US, it is illegal to drive while under the influence of marijuana, while charges and how they are proven vary by state. Understanding the laws and how they apply in each state is crucial for those who use cannabis for medicinal or recreational purposes. Understanding the state and federal laws regarding marijuana use are some of the first steps in protecting yourself against charges.

Marijuana DUI laws vary by state, with some issuing a per se marijuana charge and others an impairment charge. The differences occur in how law enforcement proves a driver is under the influence.

A Per Se marijuana law requires proof that a certain amount of THC is present in the blood of the person suspected of driving under the influence. Therefore, law enforcement typically must obtain blood test results verifying the driver was over the legal limit of THC to convict a driver.

A driver's ability to drive doesn't matter with a Per Se charge. Only the THC level matters for a conviction to occur.

With an impairment charge, law enforcement must prove a driver's ability to drive was affected due to the use of a substance such as marijuana. These charges rest on a law enforcement officer's observation of a driver.

Observations of impaired driving may include:

When the State of New York Chooses to Prosecute

When prosecuted in New York, charges depend on several factors: If a driver is a first offender, a repeat offender, or if an accident with injuries was involved. Other circumstances may also affect the charges.

The DMV provides a list of DWAI penalties in New York if convicted as a reference:

2nd offense - penalties faced if a driver has another DWAI/Drugs offense within ten years of the first violation:

-Have Your Rights Been Violated? Learn How a First Amendment Lawyer Can Help Defend Against Unjust Persecutions-

Laws from state to state vary and are poorly defined. Impairment and Per Se laws for marijuana use cannot be applied consistently from person to person. For example, impairment does not have a consistent definition from state to state, and some traces of THC may remain in a person's blood for weeks after use.

If you are in New York and have any questions regarding driving under the influence of marijuana, marijuana laws, or find yourself needing legal help due to a DWI/DWAI, please reach out to our office to consult with an experienced cannabis attorney.